Back to all posts

I do a fair number of live-sound events. This particular was outside in a small park.
We get set up, line checking as we go. The band is ready and they simply start playing.
Everything sounds great - a few tweaks and I'm tickled with how good they sound and how easy it was.

Then a guy comes over. "Sounds Great!" "I've been in a million bands... so hard to get good sound outside."
Huh. I suppose. Inside or out some seem to have their issues.
I like mixing outside - few "room" reflections, resonances - you can actually get the full band into the mix (if they behave).

Okay, so first, kudos to a great band; The Outcrops. Strong voiced female lead singer (also playing decent rhythm guitar). Lead guitar and bass - all with small amps at a sensible stage volume. No, really. Drummer had a mid-sized 4 piece kit - good heads,well tuned (he said he actually uses a drum tuner!) Oh, and the guitars were in tune.
So you get the scenario: Great band, good gear, simple set-up, pro-players. Heavenly.

Since much of what I do can be a festival situation, where bands change frequently and there is another stage near enough, one simply does not do sound checks.
I can finesse a monitor mix beforehand, but once that first note is struck, there's no turning back - full speed ahead!

Alright, getting back to sounding good, quickly, if not on-the-fly.
My mixer is preset for particular voices/instruments. The vocals are always vocals, the Kick is always in the Kick channel.
That used to mean, in analog days, 4 band EQ set, monitor sends approximated as well as effects sends.
Now that I've gone digital, I have a gate, compressor, parametric EQ, 4 FX sends and 4 monitor sends on each and every channel - all set just the way I like.
Studio sophistication all in the box - wherever I go.
So, with that general line check, I just need a few seconds to tweak through the variants and we're good to go. Usually well before that lead kicks in.

Getting back to "easy".
Yes, easy now that, through years of experience, constant diligence and continuing refinement, I have discovered what I like as far as sound and how to get it.
Now, if you put your hands on the radio... I might divulge a few secrets... Okay, nothing is secret - just practical knowledge about things musical.
Science, subjective to a point, yes, but science! 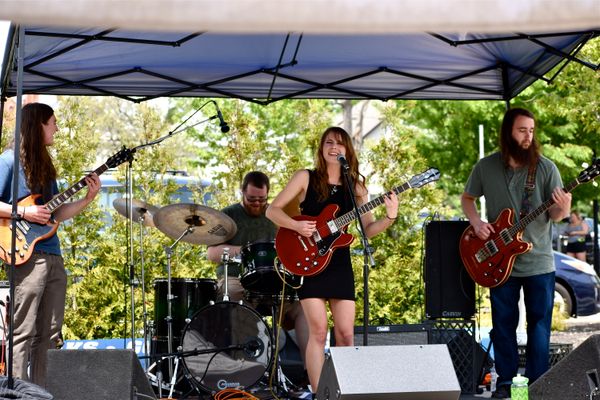